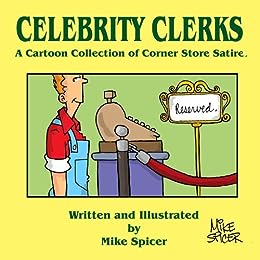 Talk about unimaginative. When is the screenplay for 'whataboutcynics', set in a bedroom and with long running joke about commenters being anonymous coming out then?


Get writing! Damn you, nice Mr Chapman. I only looked this up to see what all the fuss was about and now I'm hooked on youtube video clips of Clerks when I should be doingother things. If I end up a tramp in the gutter it will all be your fault. Don't worry, I decided to rewatch the entire thing a few days before my exam on Fascism.

No gutter That was supposed to say 'I may meet you in one', i've been watching a lot of video clips.

Another Rotherham? Forty-Four Arrests As Law Catches Up With Alleged Bradford Grooming Gang

Knowing Kevin Smith he was probably just high. I know he recently finished the screenplay to Clerks III, but, hopefully, it is meant for just the screen. Just had a look, I think that was when the Weinsteins and him weren't getting along, and Anderson wasn't looking likely to come back. Hopefully everything has fallen into place now. Though for the record I'd totally watch the Broadway show. Now, if you don't know what Clerks is, A Shame on you and B , the debut film of director Kevin Smith, shot famously on incredibly little money and detailing the mundane life of convenience store "Clerks" in Smith's native New Jersey.

While I think out of the three of us, I am the one of which Clerks has continued to endear most, the Kevin Smith story does not end there. One day I want to do an article about all the funny places Jay and Silent Bob have ended up over the years. That is probably the main appeal of the characters for me, you can make them be anywhere, because they have nowhere to be. So anyway, I got slightly distracted, Clerks was a success, it won awards at Cannes and Sundance in , and grossed in the millions despite not reaching anywhere near 6 digit figures.

Skip forward 6 years to , and we finally get to the Animated Series part that you saw in the article title. Kevin Smith made a cartoon series.

'Clerks: The Animated Series': Ahead of Its Time & Ready for a Reboot

It was really good in my opinion, the 6 episodes that got made are incredible, though tragically only two were shown, and that was episodes 2 and 4 though both of them are masterful. ABC, being idiots, cancelled the show. I say in my opinion because Harvey views the show as "pretty good", though I put this down to him not watching it recently.

That might only further divide our opinion. Clerks: The Animated Series was ahead of the times.

An episode dedicated to making ClerksTAS "more like the movie" and a clip-show that occurs in the 2nd ever episode. Even more hilarious when you factor in the 2nd episode was the 1st episode people saw. And now it might be coming back! It is just my hope that they can get the guy who plays Randall fully on board, because he seems generally the least down with doing new things. It is all coming around because Miramax recently got unsold or resold to the Weinsteins or something.

That is quality journalism for you. And to end, have some funny pictures of Clerks: The Animated Series, which if you haven't seen, I heavily suggest you check out.


If you're remotely into my nonsense, at the very least, this me-centric app will make you smile. Let's hope your reaction's somewhere betwixt the two. But soon, Monmouth County filmmaker and author Kevin Smith will have his name closely associated with all three. Read More The stakes are high as Batman encounters a new vigilante under his wing amidst what Smith describes as a "backdrop of romance, intrigue, and geek-bait guest stars galore.

The book will be hitting shelves on September 29th, but if you're at SDCC and visit the Titan Books booth , you can pick up an exclusive free sampler. Check out all 11 parts. Nothing in the previous sentence is a typo. This mad scientist alliance is happening, as Smith exclusively revealed to MTV News, and he's pumped up about it.

A Friend of the Hockey Court Hockey's on the verge of something. It's not this year, and it may not be next, but the game's renaissance era is just around the corner. You watch. It's in the air. You can feel it. Hockey's about to come back up out of the cellar and crash the net of multi-cultural awareness for the first time since the heady days of the Dynasties. Now I get to create a DCU hero.

Issues one through six Book I will ship monthly. Then, the story goes on hold for six months. Then, issues seven through twelve Book II will once again ship monthly. Yes, I built in the break to insure we don't run into my usual problems with lateness.

But I'm trying to improve, folks: first six scripts and first issue's art were already done before we took this public.